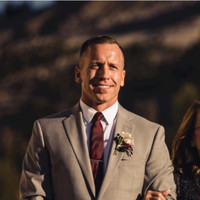 We are pleased to announce that David Midura has been promoted to the Vice President of the West Coast Region effective January 1st, 2022.

Dave will be responsible for the development and execution of a business plan in line with GIC’s overall Corporate Strategy. Dave has 19 years of Wholesale Distribution experience in both sales and operations, 17 years in construction materials and 13 years with the General Insulation family starting back in 2005 as an Outside Salesman in the New York City office. There, he helped establish the core business that now represents one of GIC’s largest locations nationwide. In addition to sales responsibilities, he was also involved in the training of new sales representatives in the Northeast.

In 2017, Dave was appointed to Regional Sales Manager for the West Coast to develop their sales team. A year later, he was asked to oversee Texas as well. During his time in these roles, Dave and his team established GIC’s formal sales protocols, an onboarding program, and worked with IT during the implementation of our CRM system. We’re excited to welcome Dave to the Vice President position and are confident he will take the Western region to the next level.

Outside of work, Dave loves to spend time with family, he loves sports, is an avid fisherman, and tries to ski whenever possible. He lives in Henderson, NV with his wife Raleigh, almost 2-year-old daughter Haisley, and the newest addition, their son Declan Charles joined the family on February 1st!

Congratulations, Dave, on your new role!