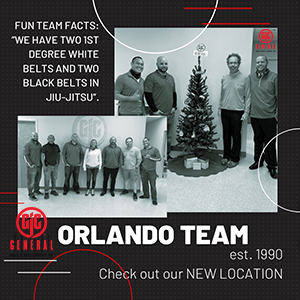 GIC’s Orlando, FL branch kicks off our BRANCH SPOTLIGHT SERIES!   Learn about the amazing employees and fascinating facts of GIC-Orlando!

• How long has the branch been there?
We’ve been in existence since 1990, but we’ve only been at our new location for just under two months.

• How many people are in the branch?
Currently, 8 as we’re short-handed, but usually 9.

• Cool fact about city?
– No official documentation exists explaining how Orlando got it’s name.
– Lake Eola, one of the 100+ lakes in the city, which is over 80ft deep is actually just a giant sink hole that collected water.
– The Orlando Wetlands, located in east Orange County, is home to over 30 species of wildlife that are listed on the Florida Wildlife Conservation Commission’s Threatened and Endangered Wildlife list.

• Any holiday traditions you’d like to share?
– We go out for a Christmas dinner each year.
– We also put up a Christmas Tree with homemade insulation related ornaments (photo below).
– We have a White Elephant gift exchange, but we missed it this year.

• Favorite memory of the branch?
One of this team’s favorite memories is getting a fresh start in a new building after over 20 years. Buddi and Ryan may slightly disagree as they did the vast majority of moving all of our inventory from one building to the other.

• Other fun facts?
– We have two 1st degree White Belts and two Black Belts in Jiu-Jitsu.
– Four of us came from the beer industry.
– Seven of us knew each other prior to working at GIC. 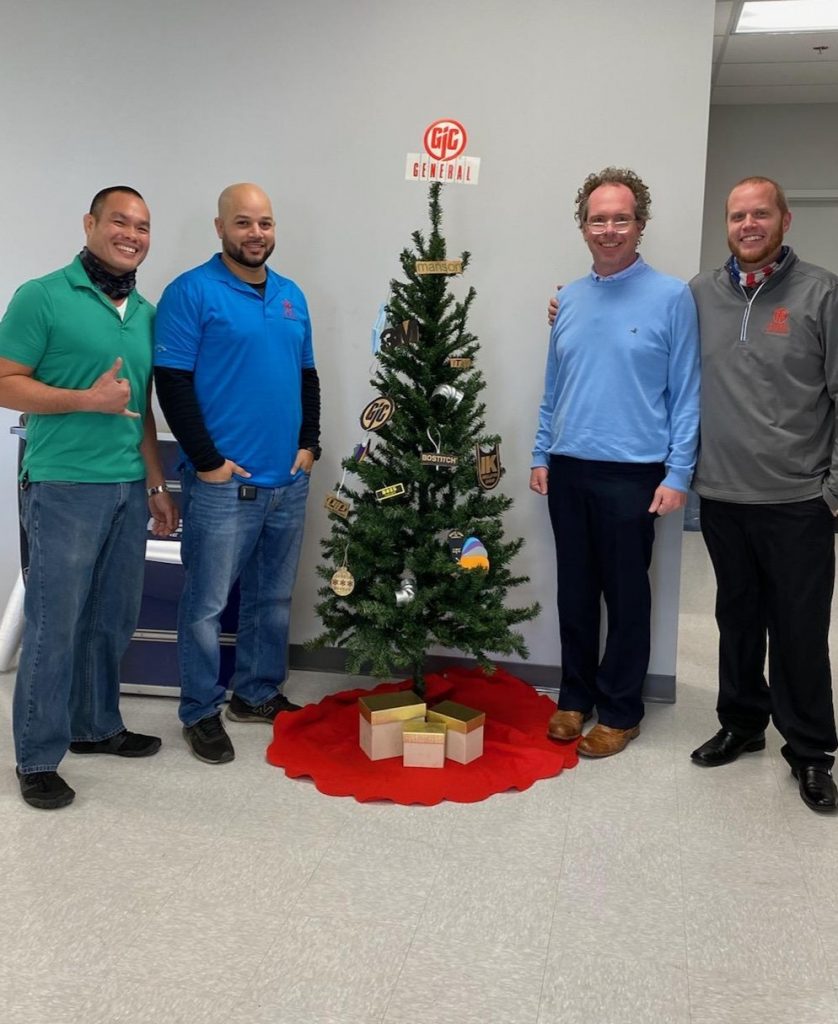 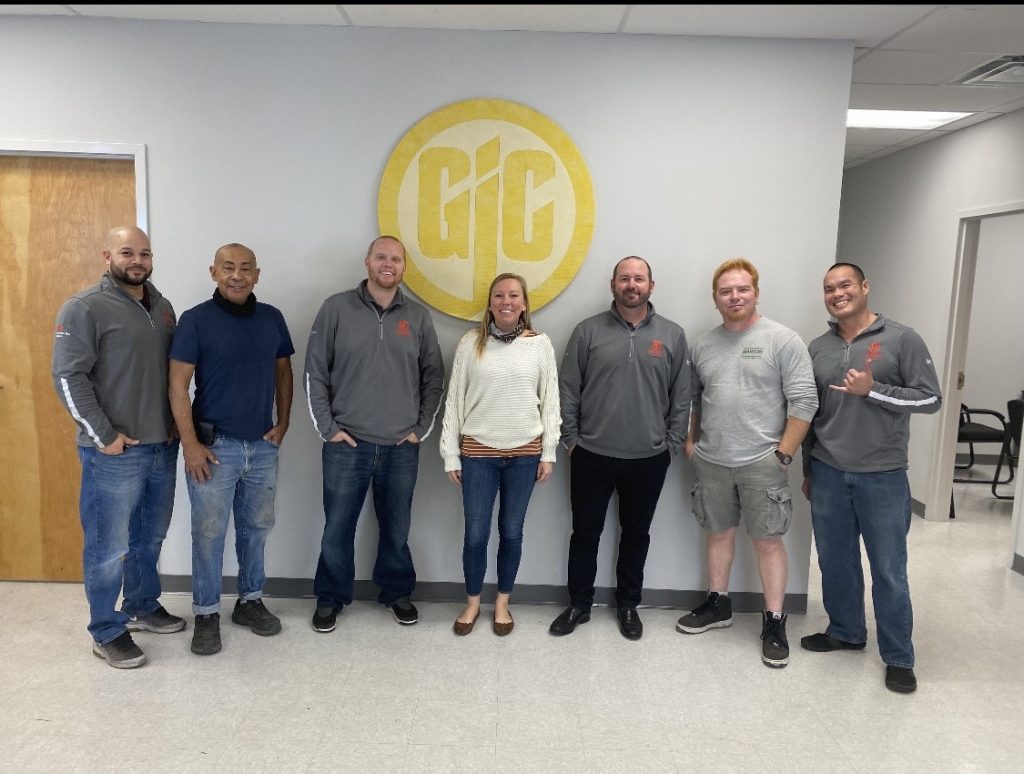 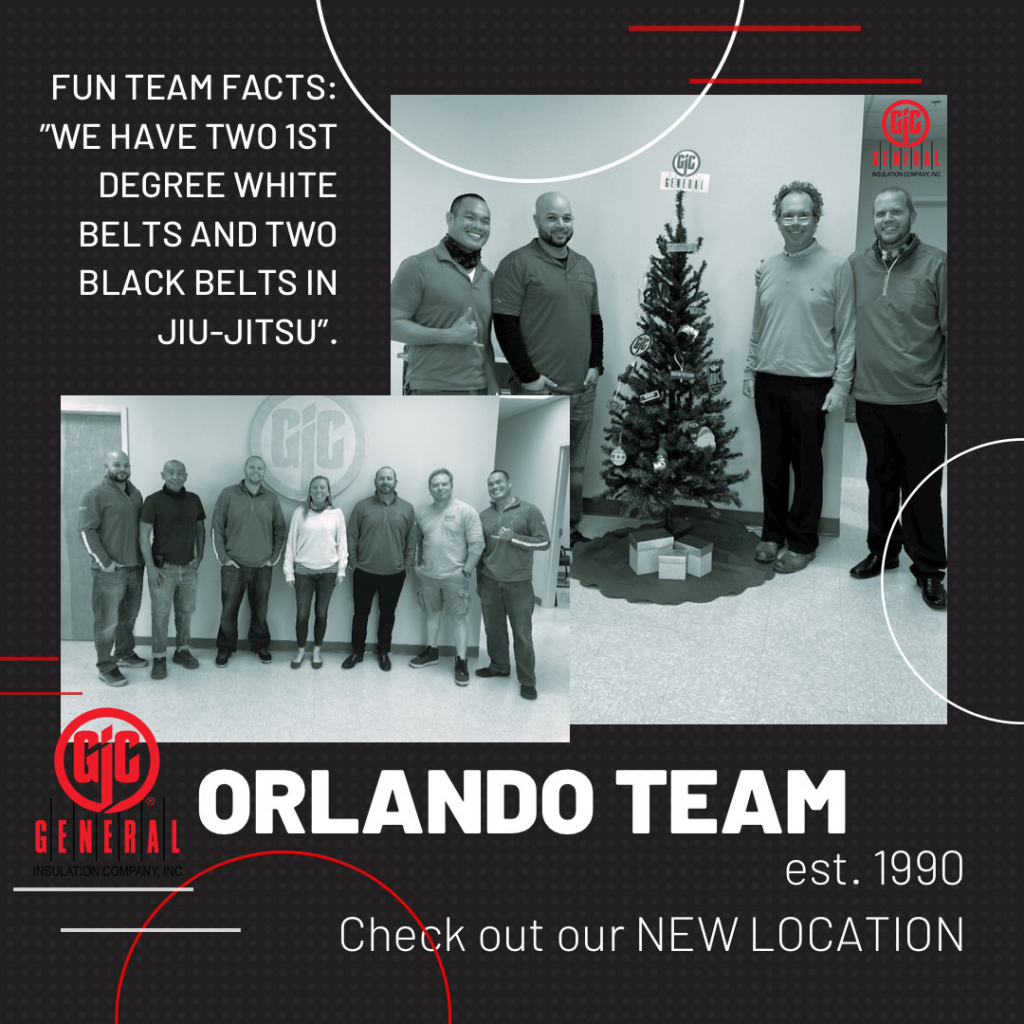