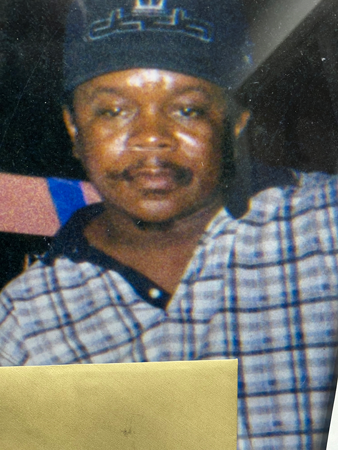 “A MAN NAMED JOHNNY” – A LOVING TRIBUTE TO ANOTHER LONGTIME, BELOVED MEMBER OF OUR GIC FAMILY, JOHNNY DOTSON

Below are the thoughts, emotions, and memories that GIC-Dallas collectively compiled to describe their love for their friend and coworker, Johnny Dotson, who passed away last August.

“In June 2022 Johnny had a regular medical checkup and colonoscopy. Tragically, the results indicated that he had cancer. Johnny didn’t worry about it. In fact, Johnny said to me in my office, “It’s ok. I am going to have a great attitude about it because it’s all I know how to do.” He called me after his surgery in July and said all the test results were negative for cancer. No cancer meant no radiation or chemo was necessary. His positive attitude, which is the way he lived his life, was now set to have him return to work on September 1, 2022, earlier than originally anticipated. On Sunday evening, four days before Johnny was to return to work, he spoke to Andre and Kinderick as late as 8:30 PM and Johnny had told them both how excited he was to return to work on Thursday. He was bored and it was time. On Monday we received a call from his wife Thelma, hysterically crying because Johnny had passed away that morning, apparently from massive heart failure.

I would like to start by saying that there are no words that will ever capture the essence of what Johnny meant to the Dallas Branch and General Insulation. The loss of human life is hard enough to understand but when we lost Johnny, we lost a family member. The GIC family meant a lot to Johnny and he meant a great deal to everyone in the Dallas Branch. The branch was stunned to hear the news. We all felt like we lost a close family member. The GIC Fort Worth Branch actually volunteered to be in Dallas on the day of the funeral to help out so all those who wanted to attend the funeral to say farewell could do so. Mark Snodgrass also made it clear that whoever needed to be attend the funeral could do so. This is indeed what family does! At Johnny’s funeral they also had the employees of GIC stand up so that Johnny’s family could acknowledge the place that Johnny called his second home. We indeed had a very large turnout.

Johnny worked for 25 years as part of the GIC-Dallas family. We say ‘family’ because during the week we often would spend more hours of the day with our GIC family than with our own. Johnny leaves behind his wife, Thelma, and three daughters named Dominque, Bridget, and Jacqulyn. Johnny also had four sons named Bryant, Bryan, Brent, and Broderick along with 28 grandchildren, three great grandchildren, three brothers, and two sisters. He went on to be with his parents, two other sisters, and three other brothers who had previously passed away.

Johnny was a driver and dedicated warehouse employee. He had nicknames for customers and employees alike, most of which cannot be shared in his tribute. His favorite nickname for all the people who came and went in his 25 years under him was “low man on the totem pole”. When a new low man on the totem pole was hired, he would assign the previous a permanent nickname. That sequence always continued.

Johnny took ownership of what we called “His Warehouse.” Johnny knew where everything was located because he most likely put it there for a reason. Johnny was known for how meticulous he was doing “ship outs.” He could load and unload a truck in his sleep. Johnny could guess the weight of any pallet within a pound or two. If he was off three pounds we knew we needed to calibrate the scale! Johnny could look at six invoices and tell you the percentage of the truck that will be filled. Johnny also had an accountability feature for when he turned in PO paperwork. He would have us sign the book that he handed in each day. We would joke back and forth and say, “Let me look before I sign the book.” He always replied, “Sign the book then you can take a look!”

Johnny was the “fun” in funny. We had so many inside jokes that will not mean much to anyone reading this, but here are a few. “The only thing” and “Yes, it is” would be stated in song form and everyone in the branch knew the meaning. There was also “C’mon man, say ‘I don’t give a damn.'” It was also well known by all that Johnny disliked pizza, or as he called it “wet bread”. We would always have to get Johnny something different when the branch got pizza for lunch or a celebration.

Johnny’s Super Bowl was inventory at GIC. Johnny was the code master. If anyone needed help, it was Johnny they called. Although it’s been a long time since his Cowboys won a Super Bowl, Johnny still got to perform three times a year during inventory. In fact, inventory has a totally different feel without him now and is truly a little somber. Several of us joked we can hear his cynical laughter from above.
The Dallas Cowboys were his favorite team while the Texas Rangers were his second favorite. I went to 11 Rangers vs. Yankees games before Johnny passed away and did not see a Yankee win in all 11. Johnny even offered to buy me tickets to the Rangers several times just to ensure victory. I know Johnny is looking down on us because I went to a Rangers vs. Yankees game recently and the Yankees lost 3-2 to keep the streak alive at 0-12. Again, I heard the cynical Johnny Dotson laughter we all loved.

The Monday after the funeral Johnny’s wife, Thelma, walked into our branch with two bags of Johnny’s uniforms and dropped them on the floor because she immediately broke down. We hugged for what felt like 20 minutes as she continued to cry. We sat in our office sharing some of the stories you read above and letting her tell stories as well. At her request she asked if I would mind taking her around the warehouse where he worked and tell more stories of Johnny. As we walked around, she had a look on her face that I will never forget, a look that said she knew and felt Johnny was in the building. By hearing the stories and envisioning him in the warehouse was in a way keeping him alive for all of us. I know it sounds like a Hollywood movie but we can assure you there were no cameras anywhere.

While Johnny isn’t physically in the building anymore, Johnny will indeed always be with us. Johnny left too many marks on us all that will never allow for us to be without him. It may state May 28, 1962 – August 29, 2022, but it is what Johnny did in that dash in between those two dates that will live on. Johnny touched and left a legacy in that 60-year dash that will define the man named Johnny. He loved his family and had so many things he shared with all of us that we will never forget what Johnny did in that dash. He gave us who he was. It hurts not being able to see him anymore, but we get to carry him along with us wherever we go. It’s on to the next low man on the totem pole as Johnny would say! We love you, Johnny! Rest in Peace.”